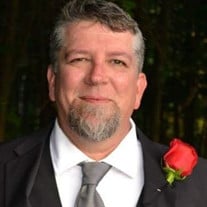 Bohn, Carl E. James Township, Saginaw, Michigan Carl, a beloved husband, father, and son passed away unexpectedly on Monday, August 26, 2019, at Covenant Medical Center-Cooper, at the age of 52 years. Carl Eugene Bohn was born on November 16, 1966, in Owosso, Michigan. Carl was a graduate of St. Charles High School and received his Bachelor’s degree at Northwood University. Carl served in the United States Marine Corp, enlisting on December 31, 1985, and was honorably discharged on November 22, 1989. Carl married Shari Lynn Avila on August 15, 2014, and she survives him. He was employed in construction as a mason and builder with Brandmaier Construction. His hobbies and pass-times included hunting, fishing, coaching, and spending time with his family and friends. Carl is survived by his wife, Shari, and his children, Dakota Bohn (Courtney June), Hailee Bohn (Daniel O'Keefe), Alaedra Castanon (Anthony Bellinger), and Justin Castanon (Brittany Miller); his mother, Beverly J. Uhrich; his grandson, Conner Castanon; also many nieces, nephews, cousins, extended family and dear friends. Carl was also predeceased by his dad, Henry Uhrich, and his sister, Michele McNees. The Celebration of Carl’s Life will be held on Friday, August 30, 2019, at the Wakeman Funeral Home, 1218 N. Michigan Ave., Saginaw, MI. Friends are welcome to visit with the family on Friday from 11:00 a.m. until 3:00 p.m., where military honors will be conducted under the auspices of the United State Marine Corp and the American Legion Post #22. In accordance with Carl’s wishes, cremation will follow. In lieu of flowers, memorial contributions may be directed to the family. Memories and sympathies of Carl may be shared with the family on his memorial website at WakemanFuneralHome.com

The family of Carl E. Bohn created this Life Tributes page to make it easy to share your memories.

Send flowers to the Bohn family.