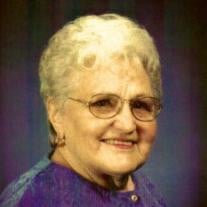 Kalski, Mrs. Catherine E., of Saginaw and formerly of the Detroit area, passed away Wednesday morning, December 1, 2010, at Covenant Medical Center-Cooper. Age 85 years. Catherine was born on August 4, 1925, in Wayne Co., Detroit, to the late Paul and Jessie (Kosch) Wisniewski. She was married to Alfred Kalski on January 2, 1945. He predeceased her on February 19, 1995. She was of the Catholic Faith and a member of the Daughters of Isabella. Surviving are her children and their spouses, Roger (Monica) Kalski, Dearborn Hts.; Anthony (Patricia) Kalski, Brownstown; Paul (Connie) Kalski, Las Vegas; Mark (Ann) Kalski, Detroit; Mary Jo Kalski, Dearborn; David (Roxann) Kalski, Saginaw; Ted Kalski, Detroit; 12 grandchildren; eight great-grandchildren; and her sister, Mary Choryan, Detroit. She was predeceased by her parents, husband, and son, Alfred, Jr. The family wishes to thank the Doctors, Nurses and Staff at Covenant – Cooper, 4-North for their loving care of Catherine. Catherine’s visitation will be held on Friday, December 3, 2010, at the Wakeman Funeral Home, Inc., 1218 N. Michigan Ave., Saginaw, from 2:00 p.m. – 8:00 p.m. Catherine’s services will continue with visitation at the Jarzembowski Funeral Home, 18957 W. Warren Ave., Detroit, MI 48228 (313) 271-0800 on Saturday, December 4, 2010, from 9:00 a.m. to 12:00 noon. Funeral service will take place at 12:00 noon at the Jarzembowski Funeral Home, Detroit. The Rev. Fr. Dariusz Strzalkowski will officiate with burial in Cadillac Memorial Gardens West. In lieu of flowers, memorial contributions may be given to a charity of choice. Memories and sympathies of Catherine may be shared with the family on her Obituary page at www.WakemanFuneralHome.com

The family of Mrs. Catherine E. Kalski created this Life Tributes page to make it easy to share your memories.

Kalski, Mrs. Catherine E., of Saginaw and formerly of the Detroit...

Send flowers to the Kalski family.