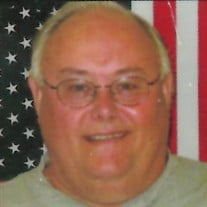 Nowaczyk, Gary G., Montrose, Michigan Passed away Friday, January 6, 2017, at Covenant Medical Center - Cooper. Age 67 years. Gary was born on January 2, 1950, in Saginaw, to the late Vincenta and Martha (Lowden) Nowaczyk. He married Gail McDermitt on March 17, 1972 in Bridgeport. She survives him. Gary was employed as a grain grader in Carrollton with the Peavey Grainery. He proudly served in the U.S. Army during Vietnam, from 1969 through 1971. Gary’s passion was singing. He and his brother used to build furniture together. His hobbies included golfing, bear hunting and working with wood. Surviving besides his wife, Gail, are his nephew and niece, Roger Nowaczyk, Jr. and Tammy Jo Nowaczyk; he is also survived by many special friends, including James Bradburn, Joseph Gibson, Robert Stroebel, Jerry Burns and Pete Moncado; also many other extended family and friends. Gary leaves his precious little buddies, Babi, Little Bit, and Tab Tab. Gary was predeceased by his brothers, Victor and Roger Nowaczyk Celebration service will take place 11:00 a.m. Saturday, January 14, 2017, at the Wakeman Funeral Home, Inc., 1218 N. Michigan Ave., Saginaw. Military Honors will be conducted under the auspices of the U.S. Army and American Legion Post #22 of Saginaw. Burial will be held later in Great Lakes National Cemetery in Holly, Michigan. Friends are welcome to visit with the family at the Wakeman Funeral Home, Inc. on Saturday from 10:00 a.m. until the time of service. Memorials may be given to V.F.W. New Lothrop Post #6579 or American Legion Post #22 of Saginaw. Memories and sympathies of Gary may be shared with the family on his memorial website at WakemanFuneralHome.com

The family of Gary G. Nowaczyk created this Life Tributes page to make it easy to share your memories.

Send flowers to the Nowaczyk family.