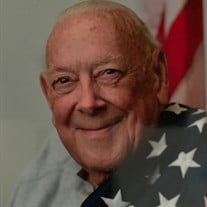 GERALD E. WILCOX (JERRY WILCOX) December 21, 1931 – May 24, 2020 Gerald Edmund Wilcox, 88, reposed on May 24, 2020, at Piedmont Fayette Hospital. Gerald was born December 21, 1931 in Saginaw Michigan, the only child of Marland A. Wilcox and Alice H. Brunner of Saginaw, Michigan. He attended Holy Cross Lutheran School and graduated from Arthur Hill High School in 1949. After leaving high school, he served in the United Sates Army during the Korean War and then in the National Guard. He was discharged with Honors as a First Lieutenant Infantry, USAR, in 1963. Following his military service, he returned to Saginaw and married Patricia Ann Smith (now Bauknecht). The couple had two children. When his first marriage ended, Gerald married Elaine Esther Fahrenbruch Furuya and had one child. They lived in Ann Arbor, Livonia, West Bloomfield, Harbor Springs, and the Saginaw-Midland areas. They celebrated 56 years of marriage together before Elaine’s passing on August 21, 2017. One of Gerald’s proudest accomplishments was owning and operating Farmington Travel Service in Farmington Michigan for over 25 years. He was able to help others enjoy his passion for Travel. He and his wife, Elaine, were able to travel all over the world. Together they lived a long and exciting life. Retiring to Florida he continued to pursue his hobbies: Travel, NASCAR racing, U of M Football, Cars, Aviation, Military History and Genealogy. He was a member of Christ Lutheran Church in Brooksville, Florida, and a membership in the American Legion- Florida Post 166. Upon his wife’s passing, he moved to Georgia to be near family and receive the extra attention his health required. After a brief illness he passed peacefully with family by his side. Left behind to cherish his memory are three children: Douglas Wilcox and his wife, Irina of Waterford Michigan; Dianne Wilcox of Midland, Michigan; and Michelle Wilcox of Newnan, Georgia. He is also survived by three stepchildren, Karen Furuya of Jacksonville Beach, Florida; Kiana Gentry of Honolulu, Hawaii; and Cheryl Smith and her husband, Cary of Honolulu, Hawaii; and grandchildren Kara Busboon and her husband, Brad of Washington, Michigan; Brian Eggers, Jr. and wife, Jamie of Berkley, Michigan; Jeffrey Wilcox of Livonia, Michigan; Lauren Wilcox of Wixom, Michigan; and three step-grandchildren: Angel Foster and her husband, Brian of Honolulu, Hawaii, Dr. Kimberly Slagle and her husband, Justin of Seattle, Washington; Everett Hetzel, Jr of Jacksonville Beach, Florida; and three greatgrandchildren and two step great-grandchildren. Mr. Wilcox's graveside committal celebration will be held 11:00 a.m., on Friday, August 21, 2020, in Oakwood Cemetery, Saginaw, Michigan. The Rev. Robert Schultz will officiate.

The family of Mr. Gerald E. Wilcox created this Life Tributes page to make it easy to share your memories.

Send flowers to the Wilcox family.