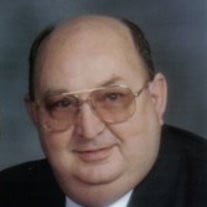 Thompson, Mr. Russell H., Merrill, Michigan Passed away Thursday, July 25, 2013, at Saint Mary’s of Michigan. Age 68 years. Russ was born on December 6, 1944, in Saginaw, to the late Thomas and Anita (Mueller) Thompson. He married Janice Kay Osborn in 1968, and she predeceased him. After his retirement from Saginaw Steering Gear he drove school bus, tour bus and ambulance. Russ was a member of Zion Lutheran Church in Hemlock and the American Legion. Surviving is his sister and brother-in-law, Grace and Walt Kline; his nieces and nephews, Tom and Debbie Kline, David Kline, Judy and Kevin Techlin, and Carol and Ken Drake; many great-nieces and nephews, including, Jaime Sursely, Angela Bovier, Kevin Techlin, Angela Wall, Rebecca Clifford, Nicholas Arnst and Benjamin Arnst; and many great-great nieces and nephews. Russ was predeceased by his brother, Thomas Thompson. Friends are welcome to visit with the family at the Wakeman Funeral Home, Inc., 1218 N. Michigan Ave., on Monday, July 29, 2013, from 12:00 noon – 8:00 p.m., then on Tuesday at 10:00 a.m. Funeral service will take place 11:00 a.m. Tuesday at the funeral home. The Rev. Paul A. Hauser will officiate with burial in Forest Lawn Cemetery, where military honor guard will be conducted under the auspices of American Legion Post 439. Memories and sympathies of Russ may be shared with the family on his memorial website at WakemanFuneralHome.com

The family of Russell H. Thompson created this Life Tributes page to make it easy to share your memories.

Send flowers to the Thompson family.