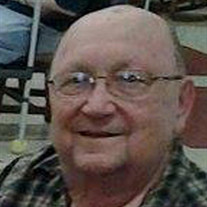 Frank, Mr. William A. “Bill” Saginaw Twp., Michigan Bill celebrated his home-going on Saturday, June 30, 2018, from his home, at the age of 86 years. William Albert “Bill” Frank was born on April 16, 1932, in Saginaw, to the late Julius and Rosalie (Breitkreitz) Frank. Bill married Ann Marie Benson on July 9, 1958, after eloping to Traverse City, MI. Ann predeceased Bill on March 15, 1999, after 40 years of marriage. Bill is survived by his daughter, Mary Beth Frank and his two loving dogs, Rosie and Dolly; his sister, Elsie Wartenbee; many nieces, nephews, extended family and friends. Bill was also predeceased by four of his sisters, Emma Bell, Ida Haskell, Martha Jacobsen and Frieda Venema. Bill served in the U. S. Air Force during the Korean War from 1952 to 1956. He was a 25 year member of the American Legion Post #439; also a member of the U.A.W. Local 537. Prior to his retirement in 1995, Bill was employed 45 years at U. S. Graphite. He was a lifetime member of St. Paul’s Lutheran Church, having served on the Finance Board as its secretary for 41 years, then as the Director. Bill was respectable, dependable, and a great role model. He carried out his mission well in a life we now celebrate. Although he is the definition of an unheralded hero for how he lived his life, I just called him, Dad. Funeral service will be held 12:00 noon on Friday, July 6, 2018, at St. Paul’s Lutheran Church, 1020 Court St., Saginaw. The Rev. David Naumann will officiate with burial in Roselawn Memorial Gardens, where military honors will be conducted under the auspices of American Legion Post #439 and the U.S.A.F. Friends are welcome to visit with the family at the church on Friday from 10:00 a.m. until the time of service. Memorial contributions may be given to Community Cats United Inc. or charity of choice. Memories and sympathies of Bill may be shared with the family on his memorial website at WakemanFuneralHome.com

The family of William A. "Bill" Frank created this Life Tributes page to make it easy to share your memories.

Send flowers to the Frank family.